Lovely feedback about our last concert from MP John Redwood

MP John Redwood's diary....
Beenham Wind Orchestra sounds great after 20 years
Posted: 29 Sep 2019 06:19 AM PDT
The 20th anniversary concert by the Beenham Wind Orchestra last night was tremendous entertainment. From the first bars of Sparke’s Yorkshire Overture to the final chords of John Williams the orchestra sustained a great sound and showed their enthusiasm for the music they make.
The Suite of English folk songs was particularly fine, with the subtle and haunting melodies of Nonesuch my favourite. Karl Jenkins’s Palladio was a modern classic with its memorable proportions, and Derek Bourgeiose’s Serenade put us all in party mood.
It was a pleasure to attend and to see such a lively and positive group of musicians playing items they obviously love. I wish them every success for their next twenty years.
Posted by MelP on 26.10.19 No comments:

Beenham Wind Orchestra in the NWN 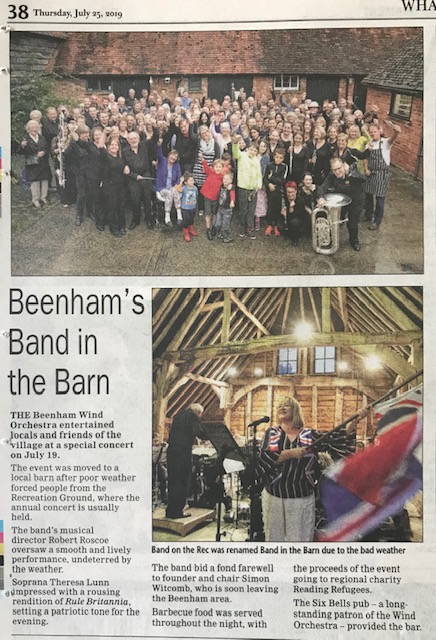 Band in the Barn!

Refusing to let the poor weather stop a fantastic evening, we moved our 20 year celebratory concert from the recreational grounds to a local barn. It was a fantastic turn out with everyone in excellent singing voice as the band performed well known songs from the last night of the proms. Soprano Theresa Lunn provided a rousing end to the evening with a stunning performance of Rule Britannia. It was also a very sad farewell to Simon Witcomb, our founder, who will soon be moving away from the area. 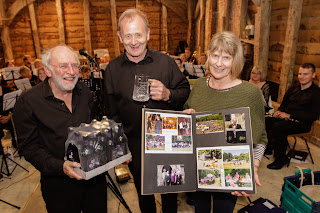 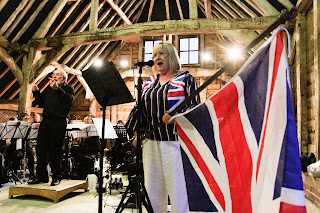 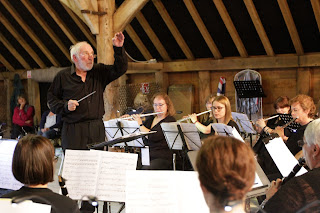 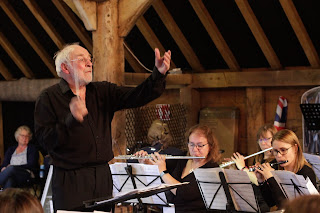 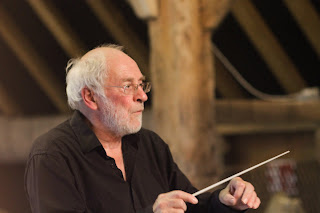 The great British weather tried to challenge us on our first fete of the season, but we were not to be beaten. Despite our marquee deciding to try and make an early exit from our performance, the band braved the weather at this fantastic, fun and family friendly event. The orchestra provided the audience with some appropriate “May the fourth” music, including a medley from Star Wars. The warm tea and cake were appreciated by all at the interval! 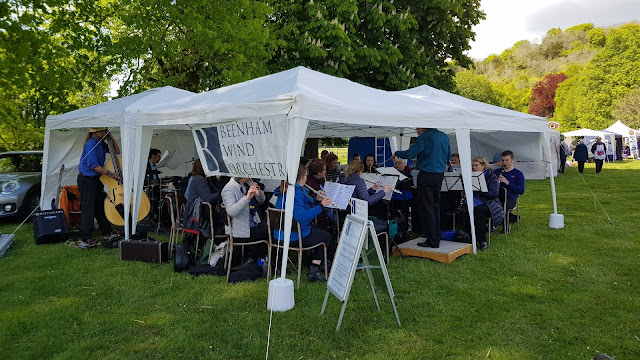 2019 sees BWO celebrate its 20th anniversary. Formed in 1999 from a select group of musicians, as part of Beenham’s millennium celebrations, the orchestra now boasts over 40 players.
As part of the celebration, the two concerts this year will include our favourite repertoire from the last 20 years.
If you enjoyed the first concert, the second concert is on Saturday 28th Septmber, 7.30pm and includes pieces by Philip Sparke,Richard Rodgers and John Williams.

Photos of our recent concert

Our next concert is in the Great Hall at Reading University on Saturday 25th January.

If you play to Grade 6 standard and would like to find out more about playing for Beenham Wind Orchestra, please contact Andrew Willis by emailing BWOContact@gmail.com