Saturday's concert opened with Lloyd Coleman conducting the band, first in Vaughan Williams’ Flourish for Wind Band, and then in the world premiere performance of Lloyd’s own piece, Jubilation, which he wrote especially for Beenham Band. 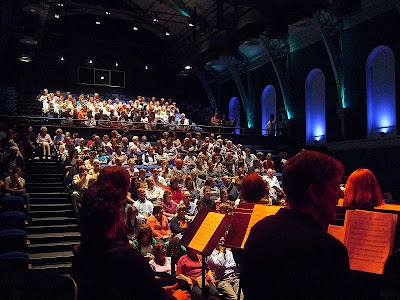 View the audience
Both pieces were well received by our enthusiastic audience. 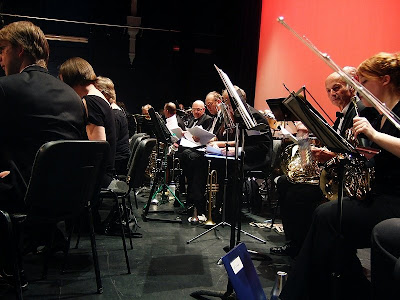 This was followed by Guy Woolfenden’s Gallimaufry, which although in six sections is played as one continuous piece. Gallimaufry is based on music Woolfenden originally wrote for the RSC productions of the Henry IV plays in 1982, and sounds like traditional English music, though cast in modern forms. 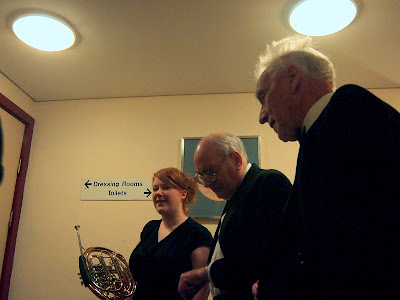 Where now?
The first half ended with Torbjorn Hultmark enchanting us all with a mellifluous stream of cornet solos in his own arrangement of Arban’s Carnival of Venice.

After the interval the band gave exciting performances of Martin Ellerby’s demanding Paris Sketches and an arrangement of Bernstein’s West Side Story. 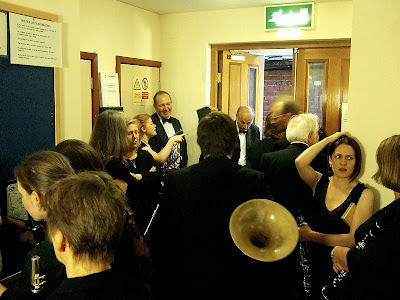 Lobby crush
For the finale there was John Krance’s amazing wind band version of Carl Orff’s Carmina Burana, during which the band seemed almost to take the roof off Newbury’s Corn Exchange. 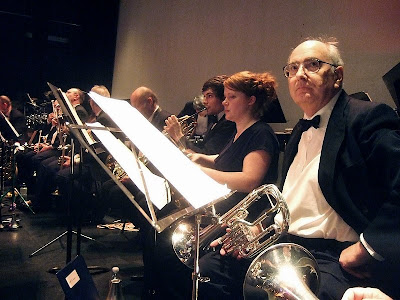 Silver
See you soon for "Band on the Rec", Friday 3rd July at 7.30 pm on Beenham Rec - feel free to bring a picnic!

Love these photos!!! Very sneaky though I didn't spot the camera!!